I was sitting in front of my computer when I thought I was feeling dizzy. Then I realised the room was moving - an inch to either side, a gentle but rapid swaying. And then I was running out the door and downstairs as fast as I could.

7.9 scale quake in Indonesia. I couldn't feel it when I got downstairs, but at the 17th floor, the swaying was enough to terrify me.

Random thoughts as I was putting on clothes and shoes and getting ready to flee in panic:
- Why didn't the cats warn me? I thought they were to supposed to have a 6th sense about these things or something but they just sauntered along like it was nothing. Maybe they only get out of bed for a real quake.
- Should I have brought my Macbook along? (still logged in to World of Warcraft?) In the end, I left it. When I came back, I saw the chat channel where several of my guildmates were also expressing their feelings about the tremors. Like the guy who suddenly typed "wtf. wtf. wtf. wtf. wtf." Kinda says it all about how we were feeling.
- Dammit, I have 4 cats and only 2 cat carriers. And it's not as if they would have cooperated by getting into the carriers anyway. I've gotta train them to run into those things like they're life-rafts or something.

Edit: On the advice of Packrat, I have filled a glass of water and am keeping it beside me - because I'm so paranoid now I can't tell whether I'm dizzy, imagining it, or whether the room is actually moving. Just have to remember not to drink the thing ... =)

Edit: On the way down, I shared the lift, and some conversation (along the lines of "Did you feel that?" "Yeah - did you feel that?" etc) with a neighbour who was also hurrying downstairs. I've lived here for 7 years and I've never seen this woman before: it took an earthquake for me to finally meet my neighbour. How about that.
Email Post
Labels: quake tremors 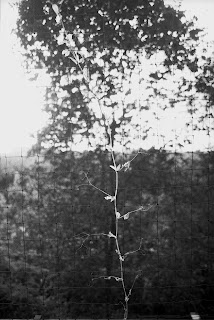